Trillion Frames Per Second Camera Sees Movement of Light Itself!

By Teppo Kotirinta
On December 19, 2011
In Photography 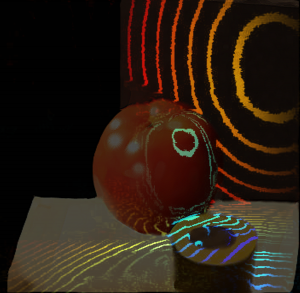 We have built an imaging solution that allows us to visualize propagation of light. The effective exposure time of each frame is two trillionths of a second and the resultant visualization depicts the movement of light at roughly half a trillion frames per second. Direct recording of reflected or scattered light at such a frame rate with sufficient brightness is nearly impossible. We use an indirect ‘stroboscopic’ method that records millions of repeated measurements by careful scanning in time and viewpoints. Then we rearrange the data to create a ‘movie’ of a nanosecond long event.

The technology they used to create this is actually quite understandable, but still this sounds so much like science fiction. To be able to see the movement of light itself is pretty groundbreaking. Hopefully this leads to some other breakthroughs in science.