Do you love your Alien? Ridley Scott will be back in 2012 with his only 3rd science fiction after Alien and Blade Runner.

And of course it seems to be turning out awesome, somehow explaining the story of a character seen in the original Alien (1979) movie. 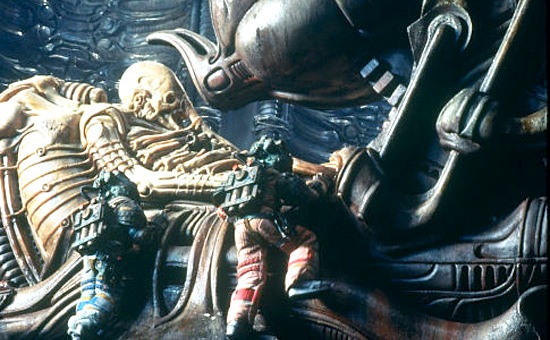 “Yeah, so there you have that. I was always amazed that, I mean, I’ve only done two science-fictions [‘Alien’ and ‘Blade Runner’], but I was always amazed that no one asked who the hell the Space Jockey was. He wasn’t even called the Space Jockey. During the film they started to call it the Space Jockey. I don’t know who started that one off. I always thought it was amazing that no one ever asked who he was, and why was he there? What was all that about? I sat thinking about this for a while and thought, well, there’s a story! And the other four [‘Alien’ films] missed it! So, here it is.”